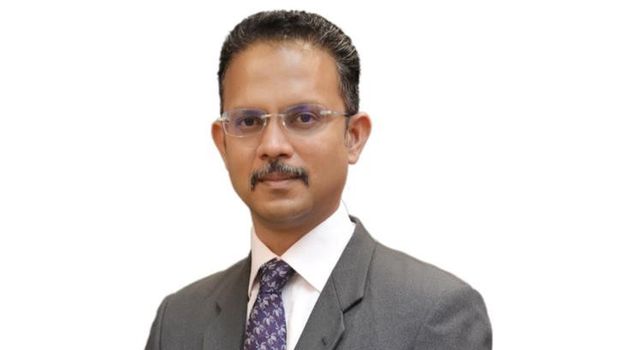 Vijaya brings 22 years of relevant experience with the development of Westports, the largest port operator in Malaysia. As a General Manager Marketing and Conventional, he has played a vital role in attracting chemical and petrochemical companies to Westports and Port Klang to establish their regional hub for the distribution of products into the SEA region. We had the opportunity to talk to Vijaya about his career and his new role.

Hi Vijaya. What made you apply to your first role at Westports 22 years ago?

I completed a Bachelor of Business Administration in 1999. Back in the late 1990s there was a financial crisis in SEA and the job market didn’t look too exciting in Malaysia. Through private contacts, I then learned about a port project several kilometers outside the city of Kuala Lumpur. Of course, the importance of ports was clear to me from my international business studies. But if I am to be honest, before Westports I had never visited a port. What particularly excited you about your first position? At first it was a challenge for which I had to leave my familiar comfort zone. I started from a basic level as Operations Executive, but it was always clear that I would be able to find my way through the different divisions of the company. After a few years, I ended up in marketing and around 2008 promoted to the leading role. My responsibilities developed further until I reached the point where I am today.

How has Westports evolved over the years?

After a first boost due to the general containerization in the 1970s, bigger growth in the industry took off from the start of the new millennium. Westports benefited from this and started growing since the year 2000 due to trade with China and the general growth of the SEA market. I saw Port Klang and especially Westports changing from a basic hub port with just 11 ship-to-shore cranes handing 1 million TEUs in 2000 to a fully developed hub port operating 67 ship-to-shore cranes moving 10.4 million TEUs in 2021. When I joined, we had one truck coming to the port once in a while which could be handled by one employee at the gate. Today the gate stretches over 28 trucks lanes operating 24 hours a day. In the near past, Westports has only seen three short periods of time without growth. All of those were linked to global challenges like the 2009 financial crisis, the huge shipping industry merges in 2017 and the global pandemic of the year 2020. Every year we were adding equipment, digitization improvements, modernization of the infrastructure and ultimately expanding Westports from one kilometer to five kilometers of berths. The prices are competitive and the manpower and expertise are also there.

What makes the APAC market particularly exciting for the chemical and petrochemical industry?

Port Klang is situated in the middle of the Strait of Malacca, one of the main global shipping routes, which has been a factor in Westports' strong growth over the years. It is a natural choice for a stop and hub between different regions. A great success during my time at Westports was establishing the free trade zone as a hub for the London Metal Exchange. Since 2010 there have been a lot of petrochemical developments in the Middle East and the US with new plants built. The APAC region is already an important and steadily growing market for polymers. Companies over here have invested in modern production facilities and can sell their products directly to the domestic markets. However, they need nearby storage facilities through which they can quickly move commodities to production sites as needed. It’s a market for a population of more than 600 million consumers and which is expected to grow even faster than China in the next 10 years.

Why did you decide to take on a new position despite your great success at Westports?

Actually, most of the people and colleagues close to me thought that I would retire at Westports someday. And while I am very happy about my career at Westports, the opportunity to join TALKE simply came at the right time. Just before Covid, we started planning the next phase to expand Westports even further with concession of the government. Then the pandemic slowed everything down and I asked myself, where I want to be five years from now? I think I have learned everything I could about operating a port and reached the peak of my career at Westports.

How did you get in touch with TALKE?

Logistics in and around the port was always an area that really impressed me while working with customers to expand our capacities within the port since 2008. When TALKE started its warehouse project here I got to know the company and really like how it is still run as a family business. As a result of the discussions with TALKE, I was given the chance to support setting up the project as Managing Director from day one. It's simply a new challenge, but one in which I will remain in close and good contact with Westports. I am moving to TALKE with their blessing, which was important for me.

What are you particularly looking forward to in your new role?

After more than 20 years at Westports I am once again looking forward to expand my knowledge and skillset within a specialized industry. I cannot think of any better place than TALKE for that. Polymers and the entire chemical industry will become even more important in the coming years. At Port Klang and with Westports we already have everything set up: land, skillsets and a government that tries to attract foreign investors with friendly policies. I am happy that I can work in the industry at such an exciting point of time and play a central part in the development of a TALKE group business unit from scratch. It feels great from every angle I look at i